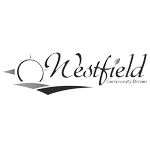 This facility has not yet been rated.

This park is dedicated to Westfield natives Tara Shea-Creamer, Brian Murphy, and Daniel Trant, who were lost during the September 11th attacks of 2001.

Tara Shea-Creamer was aboard the American Airlines Flight 11, the first of two planes to crash into the twin towers in New York City on September 11, 2001. Brian Murphy and Daniel Trant were at work and killed in the World Trade Center.

A dedication was held in their honor on September 11, 2011 by families and city officials. A bronze plaque engraved with their names is attached to a large obelisk.